There’s no doubt that presenting young women and girls with the image of the super skinny model contributes to the problems of an unrealistic body image which can lead to bulimia. But there is some doubt that the actions France is taking by banning skinny models on the runway will actually help resolve the problem. 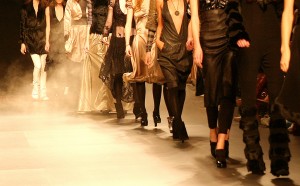 France’s decision to enact this law, which imposes fines and potentially even jail time for the use of overly skinny models, cannot help but send shockwaves through the industry. France is at the center of the world’s fashion industry, one of the nations that defines what fashion means. And for France, it’s equally important to take an action that could be potentially damaging to the industry that is so central to the nation’s identity. The fashion industry represents a huge economic chunk of the country’s economy, but it’s perhaps even more important for its symbolic value.

But Is It the Right Action?

No one disputes that this law could have a major impact, but some are concerned it could actually have the opposite effect. The ban doesn’t eliminate the sense that extremely skinny models are desirable. Instead, it actually puts them in an even more rarefied category. They are so skinny they are illegal skinny. And of course there will be cheaters who flaunt the law, and there will likely be few prosecutions or convictions, so that the newly validated aspiration to be even skinnier will end up leading to potentially more excessively skinny models.

Instead of being contrary and negative, which can essentially remove the government from the conversation, many say the government should have tried to find a way to promote more positive body images through the fashion industry. Some marketing campaigns have had a huge impact in this area, and some government actions, such as banning skinny mannequins in stores as Spain has done, can have a more direct impact on women’s daily experience of their bodies and their body image.

However, it’s possible that France’s actions will actually have their desired effect, which would make us happy. We strive to make sure that no one ever again has to experience the damaging effects of bulimia on teeth.

And if you have already suffered damage to your teeth because of bulimia, we can restore your teeth to their former beauty. Please call (949) 551-5902 for an appointment with an Orange County cosmetic dentist at Rice Dentistry.