The introduction of a robot for placing dental implants makes us wonder whether robots will eventually become dentists, and, if they do, will they be good at it? We’ve already talked about what makes a talented cosmetic dentist, so let’s see how robots might fare. 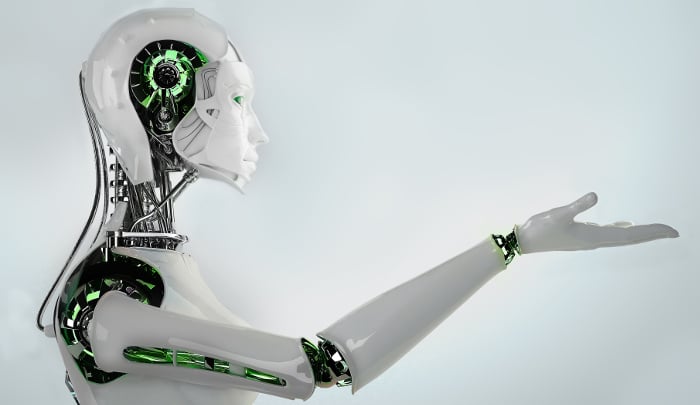 This is, of course, the thing that robots are naturally going to be “talented” at. In fact, it’s the whole point of designing a dental implant robot: it can make precise movements and have exact control over its motions in a way that humans never could. Once a plan is designed, the implant robot will follow it without variance, unless the supervising dentist intervenes and changes the plan.

Once an implant is placing dental implants, it seems that the robot could easily be altered to place porcelain veneers, dental crowns, or any other type of dental restorations. There are already numerous digital scanning programs that could be used to plan a robot’s movements the same way they’re used to plan CAD/CAM restorations.

But What about Intuition?

It might seem like intuition is outside the realm of a machine intelligence, but as artificial intelligence is becoming more and more sophisticated, robots may one day be able to play the role of a lawyer, doctor, or even a dentist as well as or better than a human.

It’s not that the robot will actually have intuition–it won’t need it. Intuition in humans is used when we don’t have all the facts and have to make a judgment based on experience and probabilities. A robot dentist would have more data available to it, because it could have access to all medical literature and skim it in a moment or two to come to an affirmative conclusion when a human would have to rely on intuition.

Do Androids Dream of Mathematical Smiles?

Of course, the hardest thing for a robot to get a grasp of will be aesthetics. There have been many attempts to describe attractive smiles mathematically, but all have been more or less unsuccessful, unable to predict which smiles will be attractive or describe smiles identified as attractive. So, for the foreseeable future, at least, it’s likely that robots will have to be supervised or controlled by a cosmetic dentist when performing aesthetic procedures.

Of course, it’s possible that robots will eventually overpower this problem, too. Just feed enough examples of attractive and unattractive smiles into the database, apply some fuzzy logic and a robot may be able to figure out the complex relationships that we can’t describe using the simple mathematical models we have tried.

For Now, a Human Touch

It’s possible that at some point in the future, robots will be used as dentists, and may even be better at it than their human predecessors. But for now, we believe a human touch is essential to delivering unmatched dentistry.