The Islands Where Teeth Are Literally Money

You know your smile is valuable. It can help you get a job, get a raise, or get a loan. But you can’t count on it to buy your dinner or a new car.

But there are places where teeth can literally do that. In the Solomon Islands, many local people still use traditional currencies–teeth–and these currencies have actually surged in value thanks to the global recession. 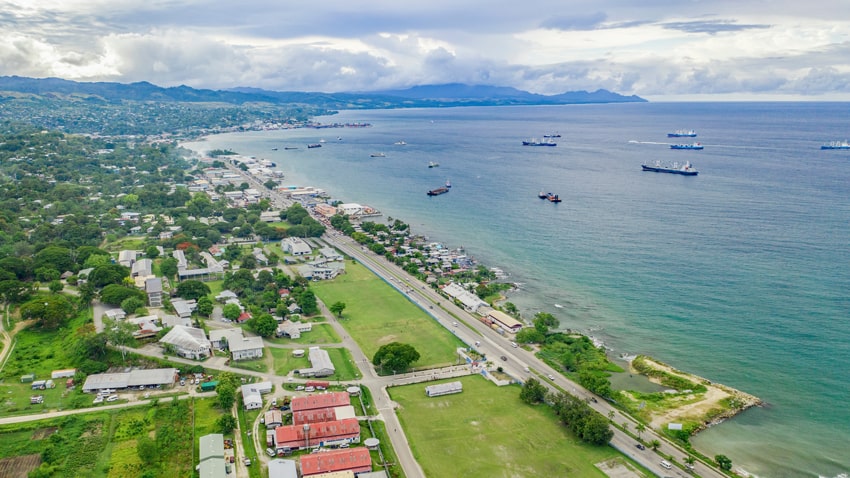 The people of the Solomon Islands probably chose to use teeth as currency for the same reason that cowry shells were popular in other places. They are small, transportable, and highly durable. You can identify them by sight and know that you’re getting paid what you’re supposed to be paid. That gives them an advantage over metal coins, which can be shaved or scraped to steal value from the coin.

The other advantage of teeth currency is that it’s rare, but not too rare for use on the islands. Money resources have to be fairly scarce to carry value. In this case, teeth from animals that are hard to hunt can serve the purpose well. Metals like gold, however, are too scarce on islands to be useful as a currency.

Dolphin teeth are used on several of the Solomon Islands for currency. Some environmentalists are concerned that the practice endangers dolphin populations. Partly, this is related to the sheer scale of the hunts conducted. Hunters head out in groups of 20 or 30 canoes and drive them into the shallows. Hunters bang rocks together to create a sonic barrier that dolphins cannot escape, then kill the dolphins in shallow water.

More than 1600 dolphins were killed for their teeth and meat in 2013 alone. At least 15,000 dolphins have been killed since tracking of the practice began in the mid-1970s. Heightened killing of dolphins in recent years makes the practice even more dangerous to the populations.

It was thought that the use of dolphin teeth as currency had stopped in the 19th century, but the practice returned in the mid-20th century, and it has thrived. It was given a local boost by the global recession, which caused fiat currencies to lose value. Many commodity currencies have increased in value as a result, including dolphin teeth. From 2008 to 2013, the value of dolphin teeth increased fivefold. The teeth are especially valuable for traditional uses, such as dowries.

In 2010, an environmental group tried to stop the killing by offering locals cash if they wouldn’t hunt. However, that deal broke down in 2013, when villagers say the organization wasn’t fulfilling its promises.

Bats Could Be Saved by the Value of Their Teeth

On one Solomon Island, though, the story is the opposite. Researchers think that flying foxes might be saved precisely because their teeth are valuable. On the island of Makira, people use the teeth of flying foxes–the largest type of bat–as currency. As with dolphin teeth, the bat’s teeth are valued especially for traditional uses, such as dowries.

But the situation on Makira is different. First, the scale of hunting is different. Bats are not taken down by the thousands in mass hunts. They are still hunted individually for their meat, with the teeth being something of a byproduct. The other difference is that there are two species of flying foxes on Makira. People favor hunting the larger species because it offers more meat and its teeth are large enough to be used as currency. This larger species is not endangered. Hunting it could actually help free up room in the ecological niche for the smaller species, which is endangered.

Researchers also think that the traditional tie with the bats will make it easier to convince locals that conservation practices are both necessary and desirable.

Your Teeth Are More Valuable Than Gold

Speaking of conservation, it’s important to remember that you should work hard to conserve your teeth. Natural teeth are invaluable, and once they’re damaged or lost, they can never be restored to their original state.

However, if your natural teeth are lost, we do have tooth replacements that are almost as good. Dental implants can replace your teeth and fulfill all the vital functions of your teeth, such as looking attractive, speaking clearly, and helping you bite and chew food.

If you’re looking for a cosmetic dentist in Orange County who treats your teeth as if they’re truly precious, please call (949) 551-5902 today for an appointment at Rice Dentistry in Irvine.