We have to take issue with a recent opinion piece by Adam B. Summers in the Orange County Register claiming that the only reason why dentists want to restrict teeth whitening is because of their profit motive. Although it is true that dentists do make money from teeth whitening (news flash: reporters make money from writing opinion pieces!), dentists are also concerned about the health and wellbeing of their patients, which could be threatened by uneducated and unlicensed people performing teeth whitening. 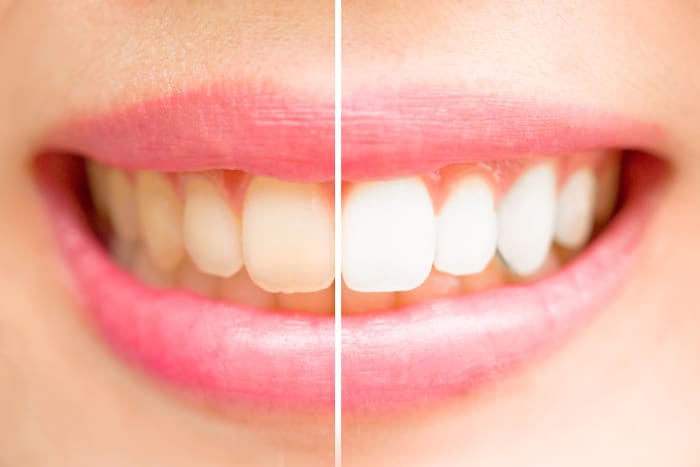 Tooth Discoloration Could Be Due to Tooth Damage

One of the most basic reasons why people should be encouraged to see a dentist for teeth whitening, or at least consult with one before they begin teeth whitening, is that what someone thinks is just a discolored tooth could be much more than that. Tooth discoloration could be due to tooth decay, or even an infected tooth that needs a root canal or extraction, and which could turn into a life-threatening situation. It might be related to erosion from stomach acids from bulimia-related purging, something that dentists are expert at detecting and can help people get the psychological and medical care they need.

A person who is only interested in someone as a teeth whitening patient is more likely to just perform the procedure and send the patient on their way, without really examining their teeth to see if they’re healthy.

Another reason why dentists are the best person to provide teeth whitening is that it only works on some types of discoloration. A dentist is in a better position to look at someone’s teeth and tell them whether teeth whitening is likely to work or not. They can then recommend alternatives like porcelain veneers or dental crowns that can actually provide the results a person wants.

Someone who goes to mall kiosk or spa and isn’t told their teeth won’t respond to whitening might follow-up with more whitening procedures and increased use of at-home whiteners, causing them to do damage to their teeth.

One of the major points in the argument by Mr. Summers is that most of the complaints (96%) against unlicensed teeth whitening came not from consumers but from dentists, hygienists, dental boards, and dental associates. To him, this says that complaints are only being made by people who are involved in trying to maintain their exclusive status as providers of the service. But what he doesn’t acknowledge is that many of these complaints are made after a dentist sees a patient with dangerously thinned enamel, or a hygienist who sees someone with dangerously receding gums because of exposure to concentrated whitening compounds.

Your Teeth Are Worth More Than Money

One of the basic facts we want people to understand is that their oral health is an invaluable resource. If you jeopardize it to save a few bucks here or there, you will ultimately regret those decisions.

In California, you have the freedom to get teeth whitening from whomever will offer it, but we believe you’re better off getting it from a dentist. We hope that most people understand that when we communicate this truth, we are motivated by more than profit.