We know that sugar consumption is the primary reason why people develop cavities. The rapid increase in consumption of sugary beverages is one of the chief driving forces behind rising sugar intake. This means that, despite all the increases in dental technology, we aren’t able to eliminate the risk of cavities.

Now a new French study shows that drinking sugary beverages might be associated with an increased cancer risk. This puts additional urgency behind our need to control sugary beverage consumption. 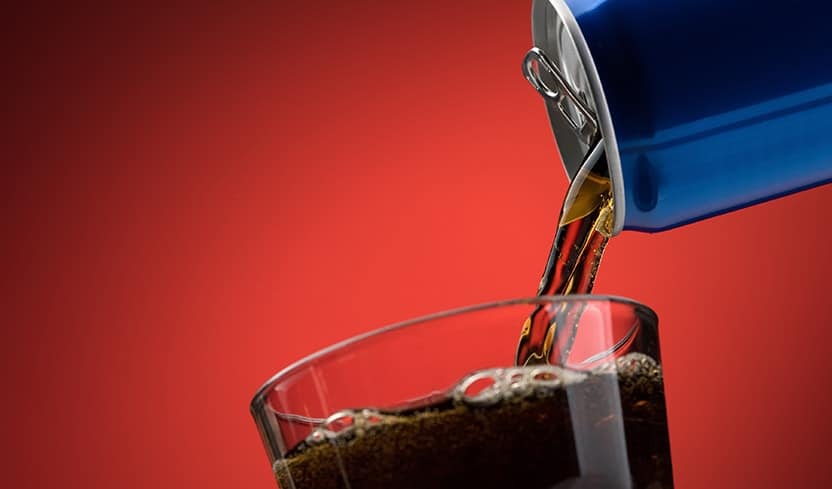 The data for this study comes from a huge online survey, called NutriNet-Sainté. From 2009-2017, participants were invited every six months to add their dietary intake from the last 24 hours, selecting from a list of 3300 different foods and beverages. People who put in at least two valid dietary entries were included in the study, a total of 101,257. The average age of participants was 42.2, and they were followed for an average of 5.1 years.

When researchers analyzed the data from the surveys, they found that consuming an average of 100 mL of sugary drinks each day (a little less than one can of soda every four days) increased cancer risk by 18%. This was based on the incidence of about 2200 cancer cases in the study population. Based on a total of almost 700 cases, they were able to link sugary drinks to a 22% increased risk of breast cancer. Not only that, but consumption of 100% fruit juice was linked to a 12% increase in cancer risk.

However, the analysis didn’t show any increase in cancer risk associated with artificial sweeteners.

Groundbreaking Data, but with Caveats

This study provides strong evidence for a link that had not previously been explored. While sugary beverages has been linked to a number of serious health conditions (cavities, diabetes, heart disease), it’s only recently that we’ve begun to look at the link with cancer, and this is the first study to look specifically at the link between cancer and sugary beverages. Of course, there is some evidence that this connection was unearthed more than 50 years ago, but deliberately concealed.

Nonetheless, we have to take this study with a grain of salt (or, uh, a pinch of sugar?). The dietary data in the study comes entirely from self-reported measurements. This is a notoriously inaccurate way to get dietary data. The hope is that with a large population size, random errors will balance out, but it’s also possible that there are non-random errors (such as under-reporting certain foods and over-reporting others) can conflate the findings. And, because this is the first study of its kind, we always want to get at least a second study to verify the findings.

Even though we aren’t sure about the link between sugary beverages and cancer, we do know that these beverages are not good for your teeth. Whether you’re drinking soda or sports drinks, you are putting your teeth at risk. That’s why it’s good to try to limit consumption.

While community initiatives like beverage taxes and warning labels might prove effective, it’s ultimately personal responsibility that will help you kick the sugary beverage habit.

However, a dentist can help you design and stick to a healthy diet. Your regular dental visits are a great place to get reinforcement and encouragement for a healthy diet that avoids even hidden sources of sugar. We see the effects and the residue of your diet on your teeth and can help you make corrections to improve your oral and overall health.

If you are looking for a dentist in Orange County who is concerned about more than just your teeth, please call (949) 551-5902 today for an appointment at Rice Dentistry in Irvine.