A Strategy for Looking Smart That Won’t Backfire 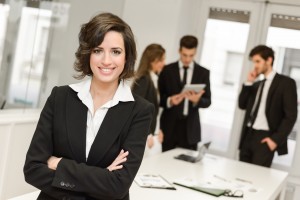 Unfortunately, as the Wall Street Journal recently noted, there are many ways that people try to look smart that can actually make people think you are less intelligent and may even cause people to mock you behind your back.

We know that looking smart strategies can backfire because of a recent study in which some people were told to look smart while others were not. All individuals were videotaped, and given an IQ test (off-camera, of course). The researchers looked at the videos and rated about 30 characteristics of individuals in the videos, such as the ways they dressed, the language they used, and more. They identified strategies employed by people who were told to look smart, as opposed to those who weren’t.

They found that people who were told to look smart tried many strategies that caused them to be rated lower intelligence. The most likely to backfire? Using complicated words. Other strategies that backfire included putting on a serious expression and keeping hands and arms still.

There were some effective strategies for looking smart, though, such as using simple language, having a pleasant expression, and, remarkably, wearing glasses. I guess we’re all still prey to those old stereotypes. You’re also considered smarter if you’re a good listener and speak less. Perhaps we all believe as in Proverbs 10:19: “In the multitude of words, sin is not lacking; he who restrains his lips is wise.”

Projecting Intelligence with Your Smile

Speaking of lips, there’s another strategy for making yourself look smart that the WSJ overlooked: healthy teeth make you look smarter. In one survey by the American Academy of Cosmetic Dentistry, people who fixed minor tooth problems such as discoloration and slightly crooked teeth were perceived as being significantly more intelligent than when they had those problems. In a similar vein, the American Journal of Orthodontics & Dentofacial Orthopedics found that people with straighter teeth are considered to be 10% smarter than those with crooked teeth.

But it’s not just dentists whose research reveals the connection between teeth and intelligence. A 2008 study published in Perceptual and Motor Skills showed that people were considered significantly less intelligent if they had missing teeth.

And it’s worth noting that there is some truth to this judgment. Education level is consistently associated with the health and appearance of teeth.

So, if you want to really make yourself look smart,

cosmetic dentistry can help you correct some smile problems you may be unhappy with. For crooked teeth (and a 10% apparent intelligence boost), we offer a full range of orthodontic treatments. Discolored teeth can be corrected with teeth whitening. And we can even replace missing teeth with dental implants.

So if you want to bump up your intelligence at first impression, please call (949) 551-5902 for an appointment with an Orange County cosmetic dentist at Rice Dentistry in Irvine.