Water polo is an aggressive sport where people frequently come into contact. The nature of the game creates numerous fast-moving arm swings, usually over the head, which increases the potential for head injury.

Now a new study from the University of California Irvine reveals that people playing water polo are at a high risk for blows to the head, suffering an average of up to seven blows per game, depending on their position. This joins other research showing that injuries like chipped or cracked teeth are common in the sport. Perhaps this information will convince more players to wear a mouthguard, as few currently do. 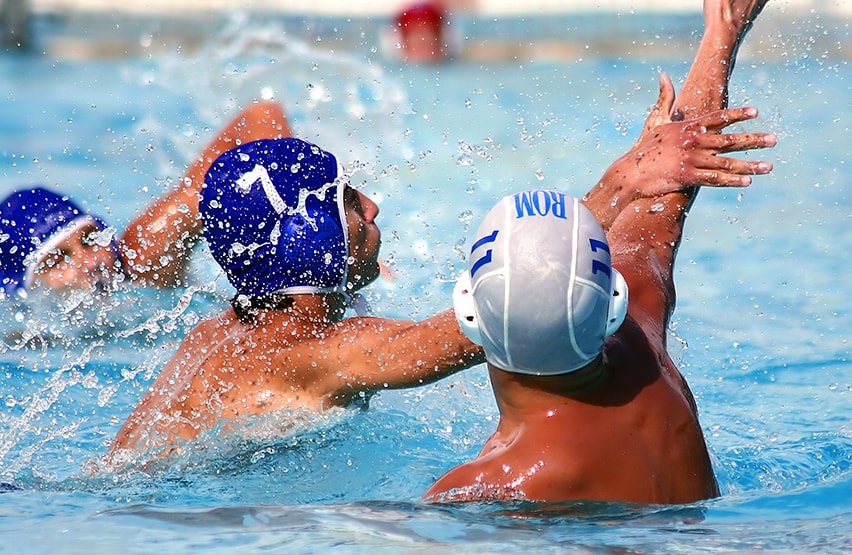 Measuring the Frequency and Severity of Head Blows

UCI researchers started their investigation of this after one of them had a child who experienced a significant head injury. They started by surveying water polo players and found that 36% of players reported experiencing a concussion during their playing career.

They wanted to capture more detailed information, so they developed a way to measure actual blows to the head. Players wore caps that had embedded pressure sensors to measure head hits. They found that there were an average of 18 head hits per game. Offensive players bore the brunt of the blows, taking 60% of head hits, compared to just 23% for defensive and 17% for transition positions. One position, offensive center, averaged nearly seven head blows per game, with the second highest position, defensive center, averaging just two blows per game.

Over the course of the study, which lasted for three seasons, researchers didn’t report any concussions, but they plan to start focusing on the impact of the blows on brain function.

While this research offers detailed new information about head blows in water polo, we already know that dental injuries are common in this sport. Two relatively recent studies focused on the prevalence of dental injury, and the use of mouthguards in this sport.

In the older study, researchers surveyed over 400 water polo players (both men and women) about dental injury. About 21% experienced a dental injury, most often a fractured tooth. Tooth injuries were higher among players over the age of 50. In this survey, only 8% of players wore a mouthguard, with 41% saying it wasn’t necessary to wear one.

The more recent study surveyed fewer athletes (just over a hundred), but showed similar data. For this study, dental injury rates were higher, with nearly 38% of players experiencing a dental injury. Tooth fracture remained the most common injury. And, like the other study, the use of mouthguards was low (less than 7%).

We Can Protect or Repair Your Teeth

These various studies show that this popular sport commonly causes head and tooth injuries. However, the players don’t take the risks seriously and tend not to wear mouthguards. At Rice Dentistry, we can provide a mouthguard to help protect your teeth. Or, if you suffer a dental injury, we can restore your teeth with treatments like veneers, crowns, or bonding to make them attractive and functional again.

Please call (949) 551-5902 today for an appointment with an Orange County cosmetic dentist at Rice Dentistry in Irvine.