America Smiles Bigger Than Ever

Smiling in pictures is something that people didn’t used to do. Everyone used to be so dour, partly because they were afraid that they would look like madmen, and partly because people thought they needed the same expression in a photograph as people who were posing for a painting.

But Kodak taught us that we ought to be smiling in pictures, that we should look happy and healthy in these images, making a beautiful smile an essential social asset.  People’s smiles have grown larger and broader over time and today they are the largest that they’ve ever been, according to a study of over 100 years of high school yearbook photos.

Researchers at the University of California Berkeley and Brown University wanted to see if computer-blended images could be used to study how our smiles have changed over time. They started with a sample size of nearly 155,000 yearbook pictures taken from 1905 to 2013. Because they wanted to average the smiles together, they could only use straight-on images, so they had to eliminate most of their sample size, but they ended up with about 38,000 pictures representing 115 high schools in 26 states. The sample size was divided evenly between images from the top 100 largest cities in the US and those from smaller communities and rural areas.

To determine how much people smiled during each year, they created a composite image of all yearbook pictures from a single year, then measured the curvature of the lips to determine the extent of the smile. 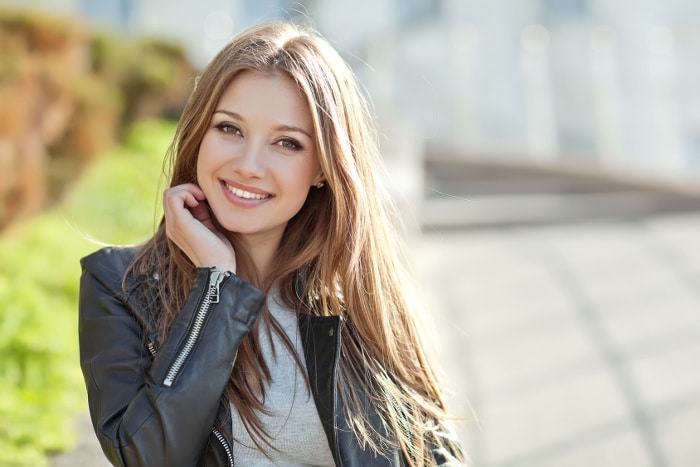 You Can’t Get Away without Smiling

These days, smiling is considered the social norm. Although some people may try to fly in the face of tradition, we are expected to smile for pictures, and if you are reluctant to smile, it can make you look sad, angry, or standoffish. Even a slight, toothless smile can have a similar impact on your appearance. People may think it’s ironic or even spiteful.

If you’ve tried hiding your teeth by not smiling, you’re probably already familiar with this. If you’re tired of all the nagging by people trying to get you to smile, or if you’re just sick of having a smile you don’t feel like you can share, we can help.

Cosmetic dentistry can address most complaints you might have about your teeth, whether they’re discolored, crooked, or even if you have missing teeth.

To learn what we can do for your smile, please call (949) 551-5902 for an appointment with an Orange County cosmetic dentist at Rice Dentistry in Irvine.